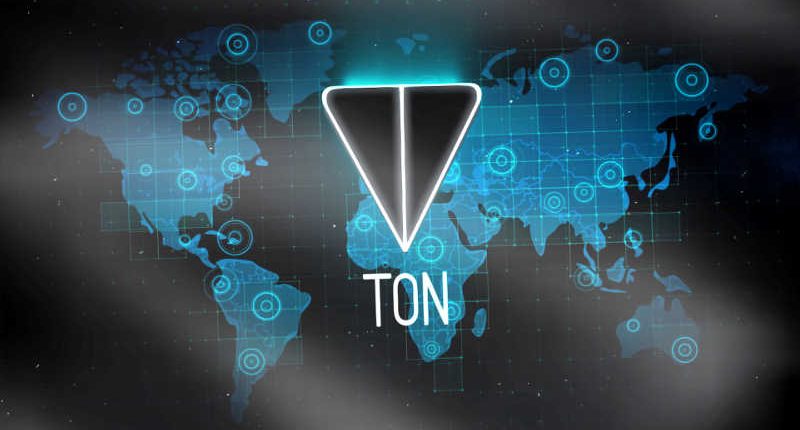 nstant messaging apps have made quite a buzz in the world of applications, smartphones and computers.

Be it WhatsApp, Messenger, Hike, Kik, Snapchat (which is way more than an IM) have a lot of features to offer, to give you a unique experience and make your life easy.

Telegram, for a few reasons, stands out and apart from the crowd of IM apps, be it its top-of-the-line message encryption or bots developed by third-party app developers. Not only this but even though Telegram has a user base that is nothing but the size of an ant compared to WhatsApp’s, the app has never been looked down at.

Following the trend when new IM apps were being launched every day and were the “new stuff on the block”, cryptocurrencies are taking the world by storm. To begin with the article, cryptocurrencies are currencies which are decentralized (do not have a single administrative figure/person/company/organization) and rely on peer-to-peer exchange, making them safe for encrypted transfers.

Bitcoin, which was launched first in 2009, hit some really high values in the past few weeks. In the race, there’ve always been Ethereum, Dash, Ripple and Monero but Bitcoin has always found popularity even among the non-techies.

The IM giant, Telegram, is preparing to launch its very own cryptocurrency soon, which will be named “Gram”. Biggest advantage that the company will be gaining here, is the user base of more than 100mn users which is what we feel, enough to launch the gram into the limelight.

Where did we get the information from?

According to them, Telegram is working on releasing the Gram to rival currencies such as Ethereum.

Even though there haven’t been any confirmations about this from the Durov brothers (the founders of Telegram) yet, the papers still provide insightful details of the new currency.

What we know so far, and Telegram’s role

The papers note out the lack of capacity for maintaining large transaction volumes, unfriendly user apps, and a market that is limited.

The Telegram Open Network, according to the papers, is a scalable multi-blockchain architecture that uses a proof-of-stake protocol. This can help in overcoming the issues that currently the currencies such as Bitcoin and Ethereum face.

The disruption and WeChat

The main reason being, decentralized currencies or networks for that matter, do not scale as fast as the centralized ones.

Talking about WeChat, the app used by the masses in China, not only for messaging, but also for transactions. At the end of the day, these transactions are centralized and unlike that, Telegram is working on creating a wallet that will allow the users to keep both flat and crypto currencies in their wallets.

One thing that we’d like to point out here, is the fact that a majority of Telegram’s ecosystem has been developed by third-party developers and the new currency will probably underlie everything that these developers can bring.

The Sale Of The Bitcoins

The sale process will take place in two steps. In the first step, 600mn worth of the grams (half of the total worth), will be sold to venture capital bankers and close contacts of the authorities, and this will only allow the invited persons to participate.

The next 600mn USD will be raised by selling the grams to the public. The goal here is to take cryptocurrencies out of their cryptic nature, and make them accessible to the public, as well as making them a part of the public’s everyday life.

Truth be told, the idea of grams isn’t only for profit. Durov Brothers, the developers of Telegram, were the ones responsible for the development of VK, often touted as the Facebook of Russia.

Due to some issues, they had to hand it over to outside investors, who were rumored to be deeply connected to the Putin-led government.

Though, Pavel Durov managed to cut himself a super sweet deal and left with $300mn and 2,000 Bitcoins. He ended up buying a citizenship in St. Kitts, Nevis and spends a majority of his time in London and Dubai.

The thing is, after all of this, the Durov brothers developed what can be termed as “resentment” towards the outside investors and oligarchs.

The “gram” is the shot of Durov brothers at developing something that can give them control (56 percent of the grams will be retained by them), and can be insulated from any kind of government interference as well.

At the end of the day, the biggest concern with cryptocurrencies is their falling rates, and scams.

Prodeum, a team that presented their plan on their website, to build a blockchain based on the database of fruits and vegetables. They tried to raise as much as 5,400 ether (roughly 6.5mn USD) and when they didn’t get much (and we mean really less money), the professional website vanished.

To tell a story, a guy recently scammed people for 1mn USD by selling them Chuck E. Cheese Tokens as cryptocurrencies. Obviously, the story isn’t true but keeping in mind the way things have rolled out in the world of cryptocurrencies in the past few months, you get the gist!